UArizona Plans for Additional In-Person Classes
If public health conditions allow, the university may move into stage 2 of its instructional plan the week of Feb. 22, allowing classes of 50 or fewer students to meet on campus.

The University of Arizona will remain in stage 1 of its reentry plan this week and next week, with only essential courses meeting in person.

University President Robert C. Robbins said the university may move into stage 2 the week of Feb. 22 if public health conditions allow. At that point, classes of 50 students or fewer would be permitted to meet in person with physical distancing and mandated face coverings.

During his weekly virtual briefing on the university's COVID-19 status Monday, Robbins noted that the state of Arizona no longer leads the nation in virus cases. The state is now No. 10, with a rolling seven-day average of 43 new reported cases per 1,000 people. South Carolina is No. 1 with 66 daily new cases per 100,000. The national average is 36 cases per 100,000.

The university also has seen improvement in infection rates on campus. Of the 13,179 COVID-19 tests administered on campus in the last week, 69 came back positive, for a positivity rate of 0.52%. That's down from 1.18% the previous week. Testing numbers are updated regularly on the university's COVID-19 website.

Because of improving numbers, the university will scale back its testing requirements for dorm residents from twice a week to once a week, effective this week, Robbins said. Students who have already scheduled two tests may cancel one of them.

Once-a-week testing is required for dorm residents and any student who comes to campus for classes. Beginning Feb. 15, compliance with testing requirements will be enforced through access to the university's WiFi network, Robbins said.

Meanwhile, UArizona continues to serve as a point of distribution, or POD, for Pima County's COVID-19 vaccination program. To date, 9,866 shots have been administered at the university POD, which is now giving 800 vaccinations a day. Individuals who are eligible to receive the vaccine in the current prioritized Phase 1B of the county's vaccination plan can register on the Pima County Health Department website or call 520-222-0119.

UArizona immunobiologist Deepta Bhattacharya joined Robbins at Monday's briefing to discuss the effectiveness of existing COVID-19 vaccines on new variants of the virus.

He discussed four variants – one first identified in the United Kingdom, one in South Africa, one in Brazil and the other in California.

Of those, the B.1.1.7 variant, first identified in the United Kingdom, is of the most concern in the U.S. because of it's been shown to be more transmissible and because it's currently spreading and is likely to become the dominant variant in the country, said Bhattacharya, an associate professor of immunobiology and member of the university's BIO5 Institute. The good news, he said, is that the variant does not seem to evade antibody response.

"There have been a number of early reports, so far, that lead us to believe that the B.1.1.7 mutant – even though that's of greatest concern in terms of transmission – is probably still going to be susceptible to vaccine or infection-induced immunity," he said.

There is also real-word data emerging to suggest that the Pfizer vaccine not only protects against COVID-19 symptoms but also actual infections, Bhattacharya said.

"We're getting good and increasingly confident data that the vaccines are actually limiting by quite a bit the overall number of infections," he said. "It's not just reducing symptoms; it's reducing the number of infections, so that's important because if you're not infected, you can't  transmit to someone else."

Early data suggests that existing vaccines may not be as effective against the variants circulating in South Africa and Brazil, which are not yet prevalent in the U.S., Bhattacharya said.

However, vaccines still seem to protect against the most severe disease.

"Overall, there's only been one person in any of these trials that have been reported that has had severe disease," he said. "There's been only one person that's had to go to the hospital; there's been no deaths so far. So, we're reasonably confident that even if there is a hit to vaccine efficacy against some of these other variants, the overall efficacy against preventing severe disease is going to be much better."

"The vaccines are turning this into a disease where you get a little bit of a sore throat for a couple of days, (and) that's something I think we all could agree is something we can handle," he added. "What we really want to make sure is that the vaccines are still preventing severe disease, and it sure looks like they are, so far."

Bhattacharya encouraged people to get the shot when they are eligible, saying, "The best vaccine is the one you can get."

For the latest on the University of Arizona response to the novel coronavirus, visit the university's COVID-19 webpage 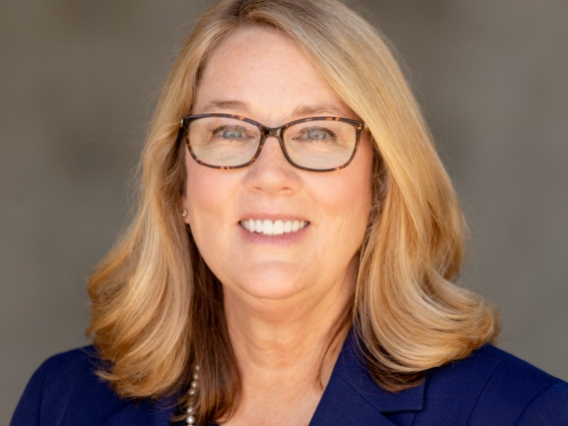