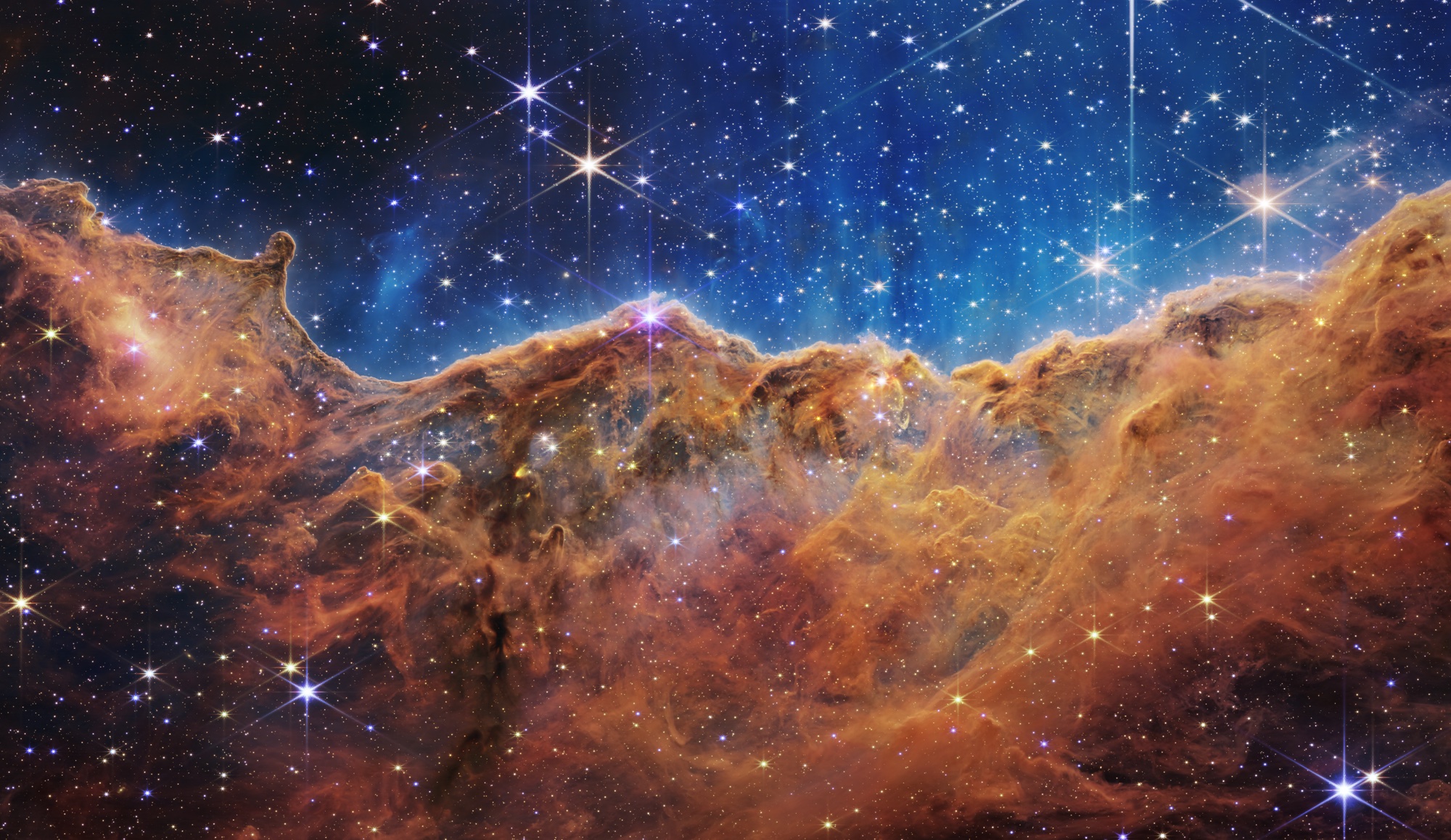 NASA, ESA, CSA, and STScI This landscape of what looks like mountains and valleys speckled with glittering stars is actually the edge of a nearby, young, star-forming region called NGC 3324 in the Carina Nebula. Captured in infrared light by NASA's Webb Telescope, this image reveals for the first time previously invisible areas of star birth. Called the Cosmic Cliffs, it is the edge of the giant, gaseous cavity within NGC 3324. The cavernous area has been carved from the nebula by the intense ultraviolet radiation and stellar winds from extremely massive, hot, young stars located in the center of the bubble, above the area shown in this image.