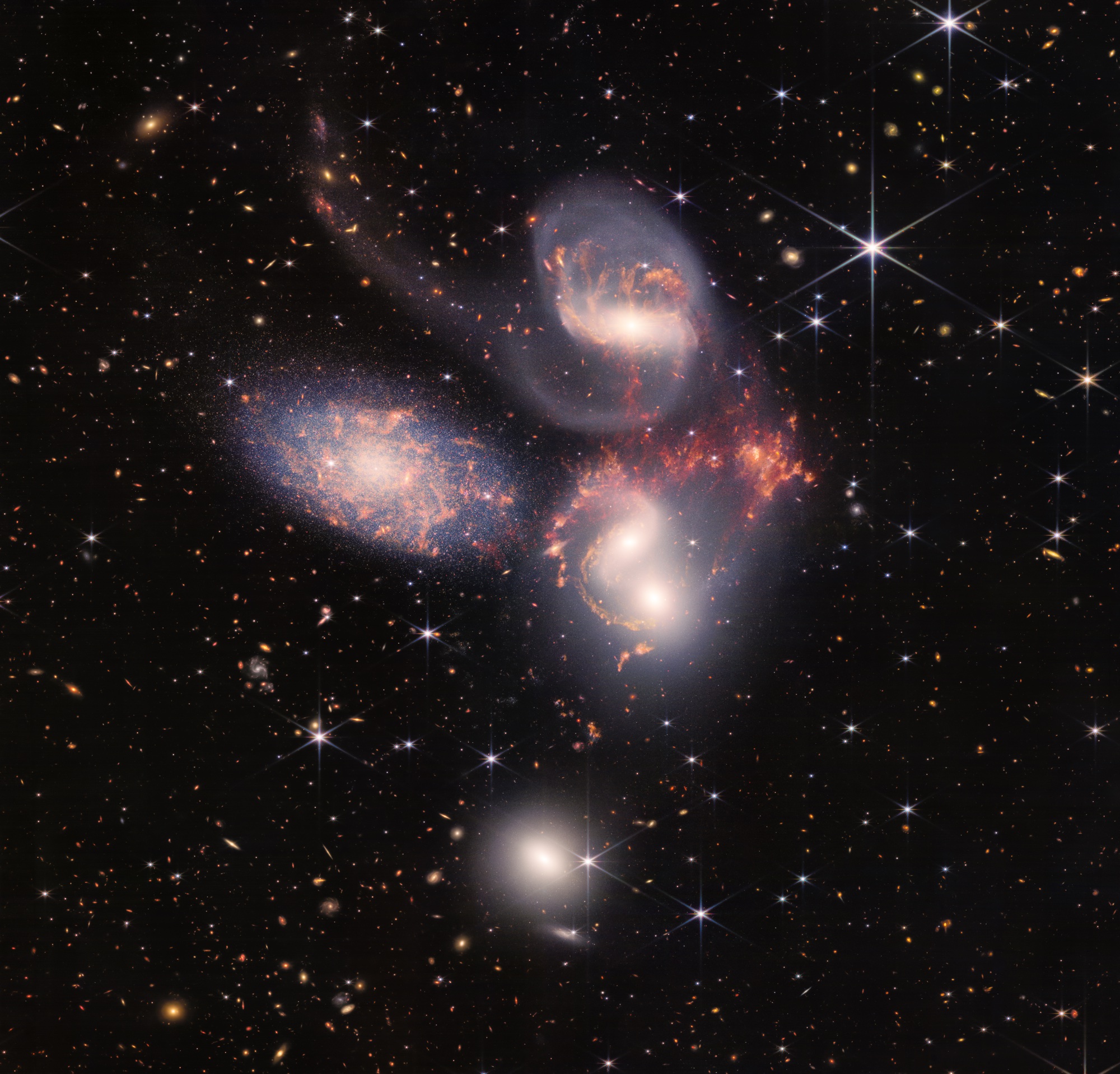 NASA, ESA, CSA, and STScI This enormous mosaic of the visual grouping of five galaxies called Stephan's Quintet is Webb's largest image to date, covering about one-fifth of the moon's diameter. The information from Webb provides new insights into how galactic interactions may have driven galaxy evolution in the early universe. Using both the NIRCam and MIRI instruments, Webb shows never-before-seen details such as sparkling clusters of millions of young stars and star birthing regions. Sweeping tails of gas, dust and stars are being pulled from several of the galaxies as they interact gravitationally. Webb also captures huge shock waves as one of the galaxies, NGC 7318B, smashes through the cluster.