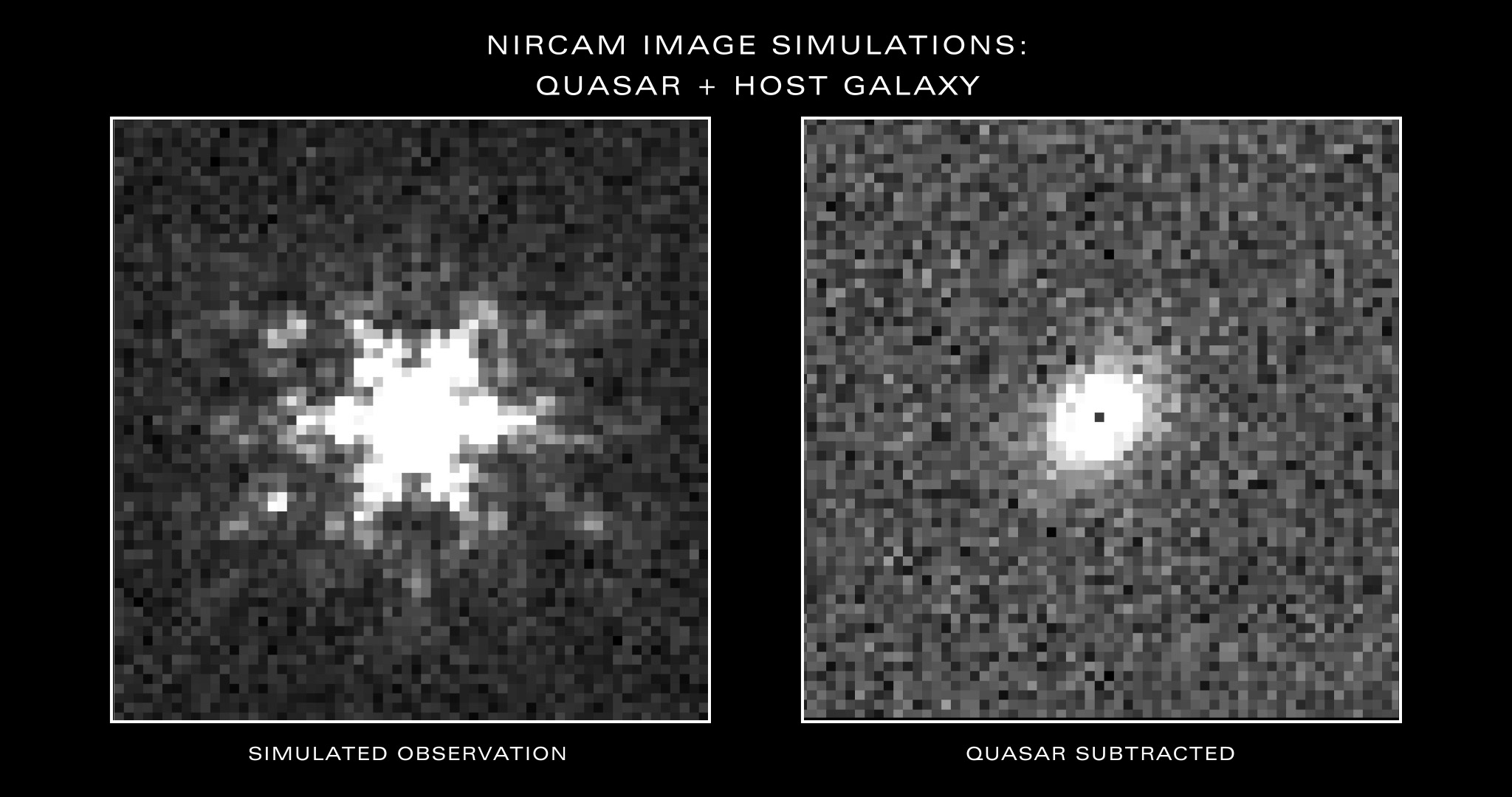 NASA, ESA, CSA, Joseph Olmsted (STScI) Researchers will study the galaxies that surround three bright quasars in detail for the first time with the James Webb Space Telescope. First, they will take images of each target with Webb’s Near-Infrared Camera (NIRCam), like the simulated image shown at left. Next, they will remove the quasar’s light to reveal the galaxy and its stars, simulated at right. These observations will reveal the makeup of three galaxies in the early universe and add to what is understood about this time period, known as the Era of Reionization.