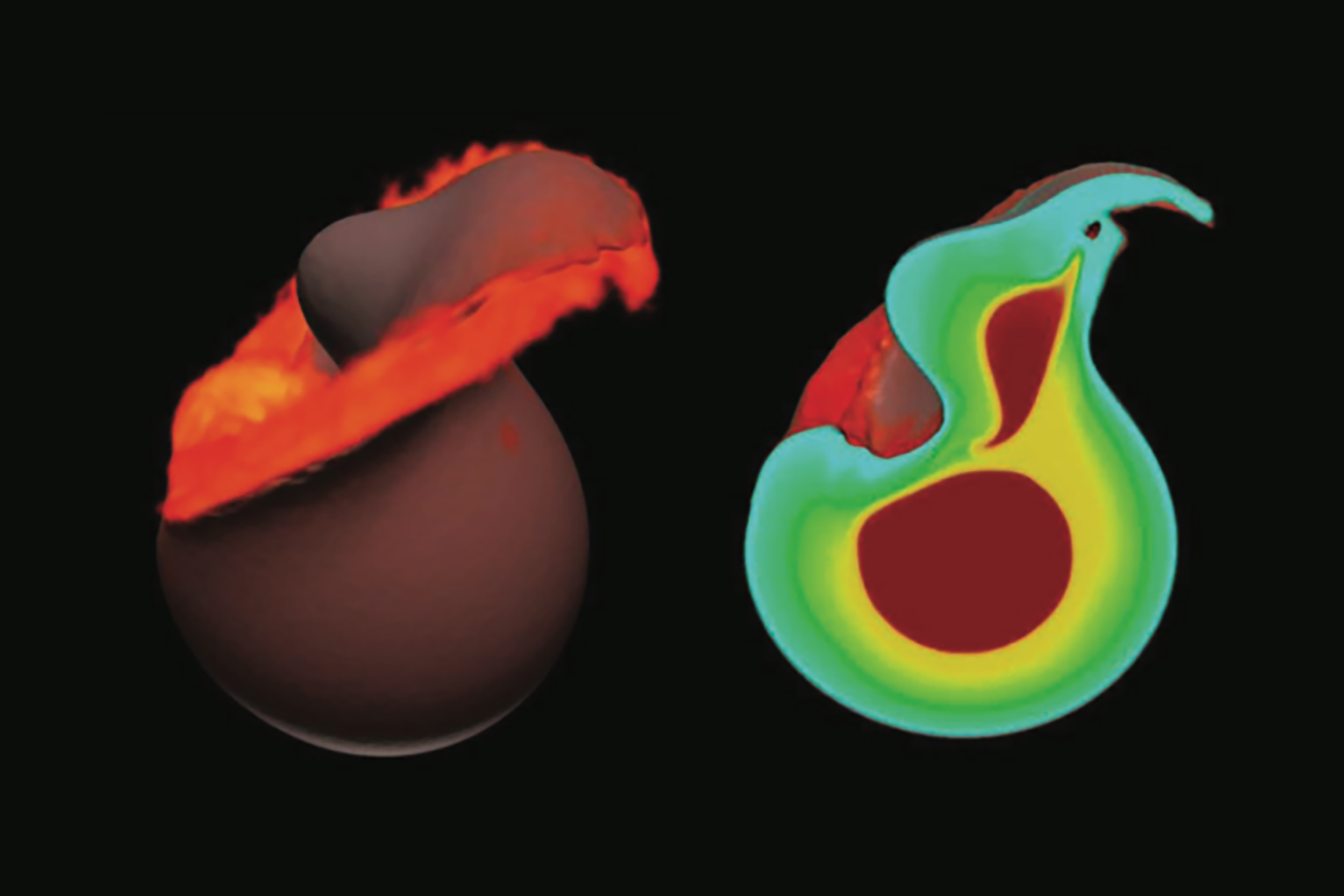 A. Emsenhuber/University of Bern/University of Munich The moon is thought to be the aftermath of a giant impact. According to a new theory, there were two giant impacts in a row, separated by about 1 million years, involving a Mars-sized 'Theia' and proto-Earth. In this image, the proposed hit-and-run collision is simulated in 3D, shown about an hour after impact. A cut-away view shows the iron cores. Theia (or most of it) barely escapes, so a follow-on collision is likely.