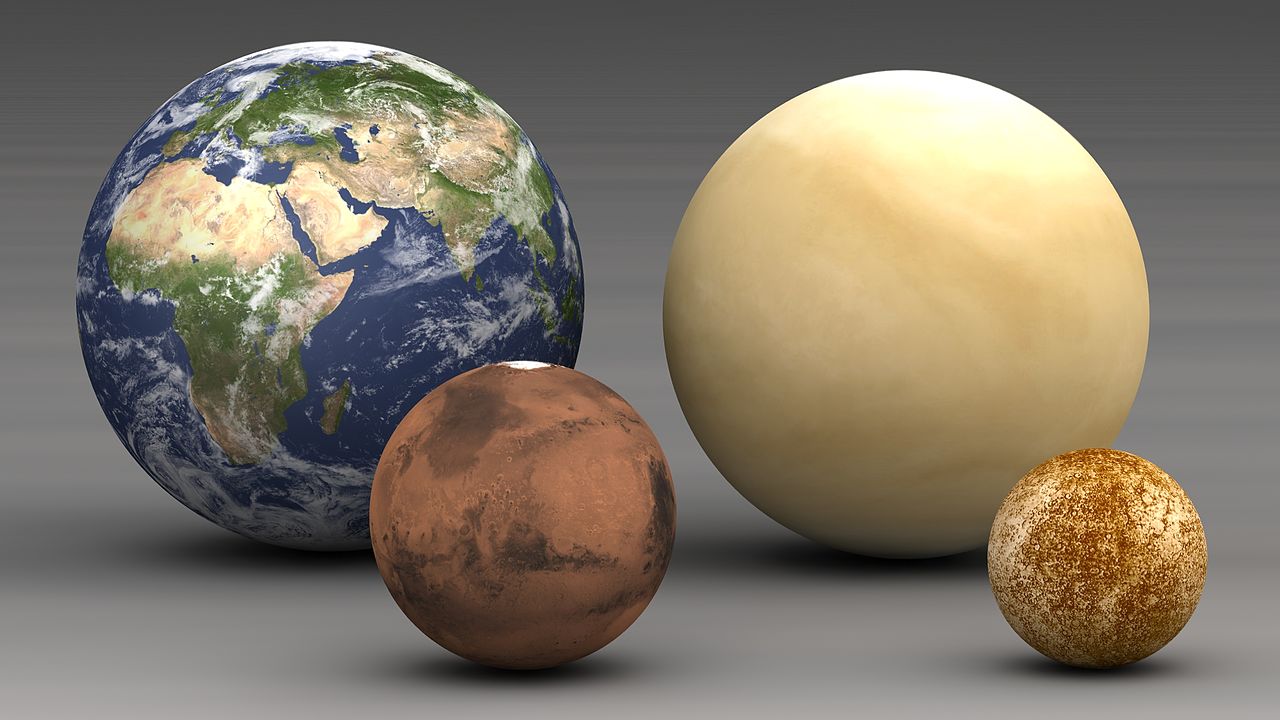 Lsmpascal - Wikimedia commons The terrestrial planets of the inner solar system, shown to scale. According to 'late stage accretion' theory, Mars and Mercury (front left and right) are what's left of an original population of colliding embryos, and Venus and Earth grew in a series of giant impacts. New research focuses on the preponderance of hit-and-run collisions in giant impacts, and shows that proto-Earth would have served as a 'vanguard', slowing down planet-sized bodies in hit-and-runs. But it is proto-Venus, more often than not, that ultimately accretes them, meaning it was easier for Venus to acquire bodies from the outer solar system.