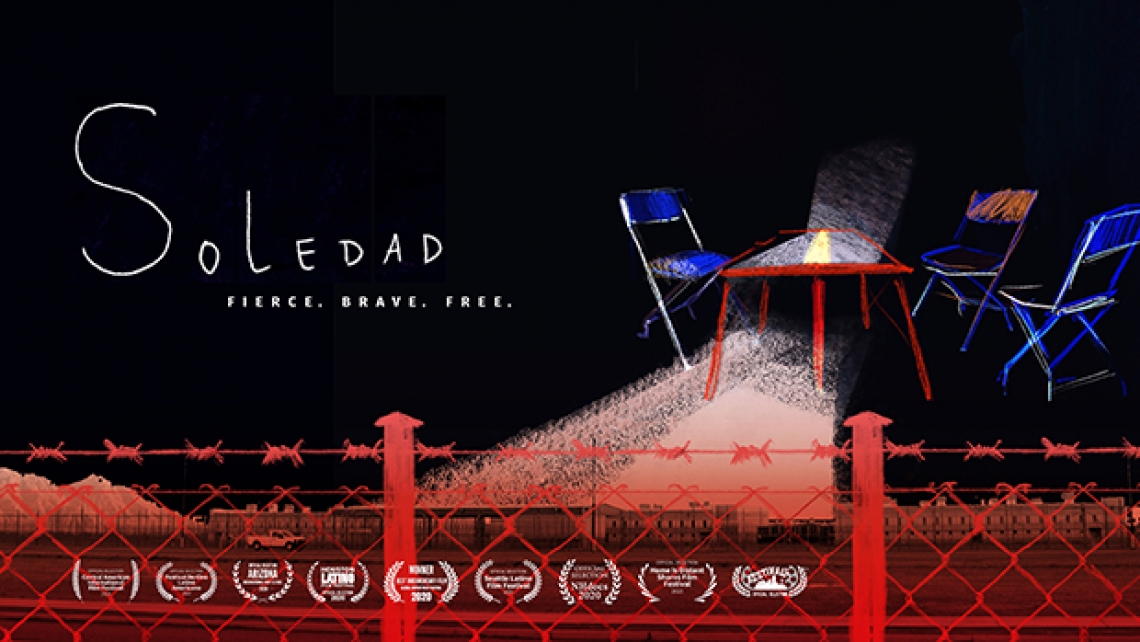 "Soledad" tells the story of a young woman from Central America who was imprisoned in the Eloy Detention Facility when she sought asylum in the United States in 2017. Soledad set out on a perilous journey from her homeland after enduring horrific persecution where she was kidnapped, sex-trafficked, tortured and nearly killed.

Attorney Shefali Milczarek-Desai, who took the case pro bono, mobilized a dream team of professional women, all of whom agreed to work for free on the case. Together, they secured Soledad’s release from Eloy and ultimately prevailed on her asylum claim in a rare victory for an asylum seeker in the U.S.

Lisa Molomot is a documentary filmmaker living in Tucson, Arizona. She has been working in film for over 20 years, directing, filming and editing documentaries. Her award-winning feature "The Hill" tells the story of an immigrant neighborhood in New Haven, CT and aired on America Reframed in 2015. Her award-winning shorts "School's Out" and "Teaching in Arizona" have had hundreds of screenings and been featured on Slate.com, in The Atlantic and on NPR. Her most recent feature documentary, "Missing in Brooks County," profiles law enforcement agents, human rights workers and activists who come face to face with the life and death consequences of our broken immigration system. The film is currently playing in select theaters in the U.S. and the U.K. After screening at over 50 film festivals in the past year, MIBC will be released on streaming platforms in the U.S. starting in November and will air on the PBS series Independent Lens.

DocScapes is a collaborative project of the UA Center for Documentary initiative and the Hanson FilmTV Institute at the University of Arizona. This event is co-presented by the Center for Latin American Studies, the Human Rights Practice Program, the School of Theatre, Film & Television and the College of Fine Arts.

The Loft Cinema
520-795-0844
Links:
More Information
Requests for disability-related accommodations should be directed to the event's primary contact: The Loft Cinema
Add event
Today This Week This Month