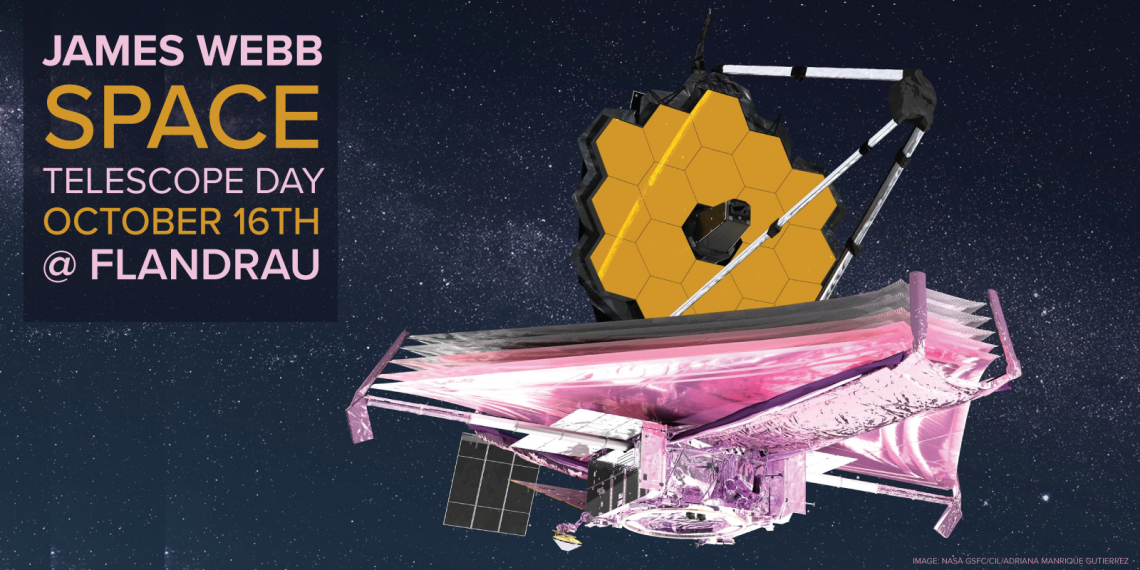 Join us for special activities, demonstrations, educational artifacts and other opportunities that celebrate the impending launch of the largest and most powerful space telescope ever built, the James Webb Space Telescope (JWST). Enjoy special displays and activities delving into infrared astronomy, a live presentation by a University of Arizona scientist in our planetarium theater, and planetarium shows exploring other worlds.

SPECIAL PRICING: Admission to exhibits and activities inside Flandrau are only $5 per person for the day and admission to each planetarium show is also $5 (per person, per show). Free telescope-observing activities will take place on the UA Mall and a free JWST talk by Kevin Hainline inside the Eos Planetarium Theater starts at 5PM with seating on a first-come, first-served basis.

And don't miss International Observe the Moon Night, as well as a showing of Pink Floyd's Dark Side of the Moon, directly following the day's activities.

Telescopes on the Mall (International Observe the Moon Night, subject to favorable weather) in partnership with TAAA | 7-9 p.m. | Free